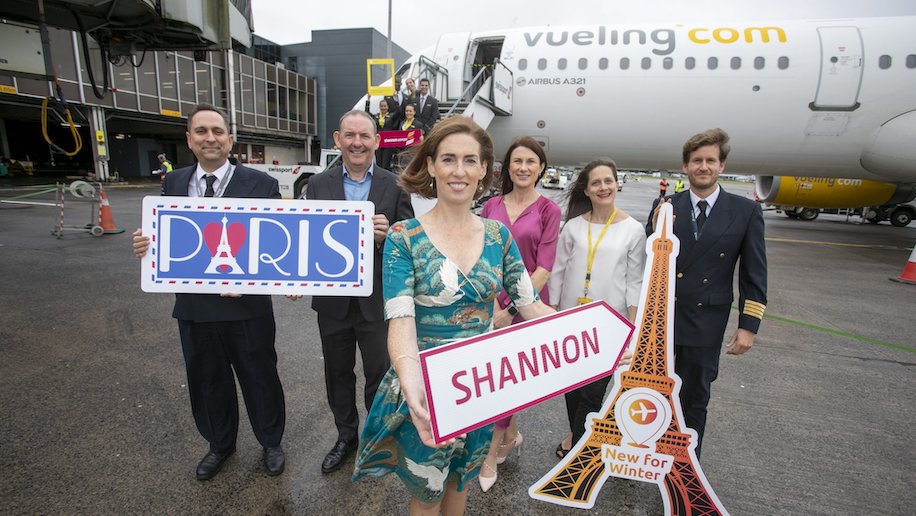 Vueling has launched flights from the western Irish airport Shannon to Paris Orly.

The low-cost provider’s twice-weekly service, which has a flight period of two hours, operates on Mondays and Fridays.

The inaugural flight took off on September 12, with the primary passengers handled to freshly made crêpes and a Parisian-themed cake on the blue, white and red-dressed gate space.

✨ Welcome to our Gate celebration! ✨

We’re celebrating the launch of @vueling’s new path to Paris-Orly at Gate 7 as we speak! ✈️#shannonairport #makingiteasy pic.twitter.com/Nes2JStUtc

“We’re delighted to broaden our Irish operations with our first route from Shannon to Paris Orly, constructing on our current Irish connections while additionally providing inbound passengers ease of entry to the West Coast of Eire. This new direct route reinforces Vueling’s curiosity in offering a extra versatile and various proposition for travellers primarily based in Eire.”

“I’m delighted to be right here as we speak at Shannon Airport for Vueling’s inaugural flight from Shannon. A connection to Paris Orly not solely offers vital alternatives for the individuals inside this area, but additionally for inbound site visitors from Paris – additional boosting tourism connections between the mid-west of Eire and Paris.”